We had our first STORIFY YOUR BRAND workshop as an IMDA-appointed brand storytelling consultancy!

The first in a series of three workshops, to be exact. And I was thrilled to be able to kick it off as workshop leader.

The title of this workshop was Discover Your Brand Voice. It was designed to open the work of defining one’s business brand, through facilitated learning and deep-discovery activities – the way that we intend for all our workshops and consulting sessions to be.

I am extremely pleased with the overall response from the participants, and grateful to God for the people and circumstances that came together for this to transpire the way it did.

The profiles of the crowd were mostly owners or chiefs of their businesses, who wanted were interested in learning how the craft of storytelling can be used for marketing, and the promotion of their brands.

Of the 36 participants counted in the room, I think I personally heard from more than half of them. Their feedback was much more positive than I hoped for, especially for the dialogue segment. A few of them honestly expressed that though it was unexpected (one of them was skeptical at first), they were surprised at the personal learning that emerged – one of them, only an hour later. I’m grateful to them for trusting me and following the process. As a result of their openness, they experienced something in a business branding workshop that was, in one participant’s own words, “highly unique and extremely effective”.

I was also touched by appreciation of Christine, another participant,  when she shared how she thought I “maintained openness and upheld the utmost respect for the individual”, through my language and my behaviour with the crowd. In my work as an ontological coach, embodying openness and being supportive towards the dignity of my clients are critical skills. They are also traits that I wish to make synonymous with our STORIFY brand.

Though not everyone might articulate it like Christine did, I think being able to maintain openness and uphold respect can make a world of difference when working with people. Maybe even more so when it comes to adult learning. Over the years, each of us eventually walks around with ‘our own shit’ – mental constructs, long-held feelings and even physical habits that hinder us from learning new things.

Trainers, consultants, coaches and facilitators are human too, and so we are not exempt from this. If we do not intentionally and actively work on our own shit, our learners and clients suffer. Or at best, do not benefit as much as they could have. In a consulting context, this might lead to prescribing a course of action that does not serve the true needs of the client.

Trainers, consultants, coaches and facilitators are human too, and so we are not exempt from this. If we do not intentionally and actively work on our own shit, our learners and clients suffer.

The processes and activities I planned for the workshop were far from perfect. Some parts of it were unfamiliar in the sense that I migrated them from a different context; participants would likely also find them unusual. I also had what I thought was an already short timeframe, which was further shortened by delays.

It may have looked like a short, straightforward event, but I genuinely felt the odds were stacked against me.

Eventually, I believe that my effort in openness and respect was picked up by the crowd, and they decided to reciprocate. It was together, in such a mood space, that we navigated logistical challenges, managed emotions and forgave the shortcomings of the workshop leader, and came out at the other end having an enjoyable and useful time. Some people had to leave early, but among them were a number who bid me farewell with thanks, instead of sneaking out. I also spent over an hour speaking with multiple participants who wished to express similar appreciation and to connect on personal levels. Some of them were kind enough to leave us testimonials, three of which I documented → here.

Writing this, I am truly grateful for the openness and respect that the crowd afforded me. It is an experience that I will treasure, and will endeavour to create more of such experiences with our future clients and learners. And if I am being honest, it is also an on-going practice of mine with my teammates – part of cleaning up my own shit.

Join Our Next Workshop

If you’re looking to strengthen your brand and build an audience, join us at our next workshop at Pixel on 25 Feb 2020. It’s organized by the IMDA and they have made it FOC for you! As soon as they put up their events page, we’ll link it here, as well as on our social media. See you at the workshop!

Join us at the second workshop in the series, Identify Your Audience, on 25 Feb 2020. Click on the banner below for a quick and easy sign-up!

EDIT: This event has been pushed back to 29 Apr, as part of compliance with DORSCON ORANGE in Singapore. A new signup link for the rescheduled workshop will be shared by the IMDA, and we will share it here, as soon as it’s available.

There are no comments 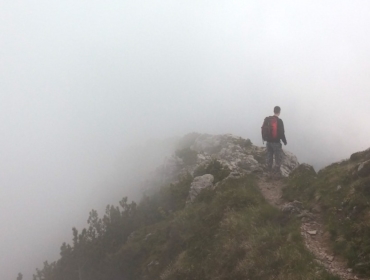 Where Does Your Customer Need You Most?

by Ellery NgPosted on March 4, 2020March 5, 2020
We recently consulted for a client company that’s been positively transforming a service that nomadic professionals depend on. This client…
Read more 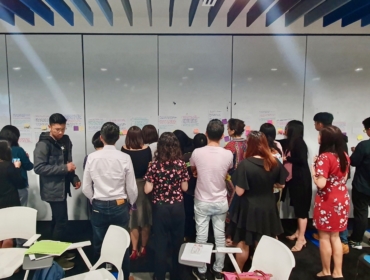 by Ellery NgPosted on February 1, 2020March 5, 2020
There was a list of post-event tasks for our first workshop, Discover Your Brand Voice. One of them was editing…
Read more

Shopping Cart
Need Help Chat with us
Start a Conversation
Hi! Click one of our member below to chat on Whatsapp
The team typically replies in a few minutes.
Customer Service